Why I DO NOT Support Black Lives Matter, the Movement. I Love Black People, but Boy Do I Hate #BLM 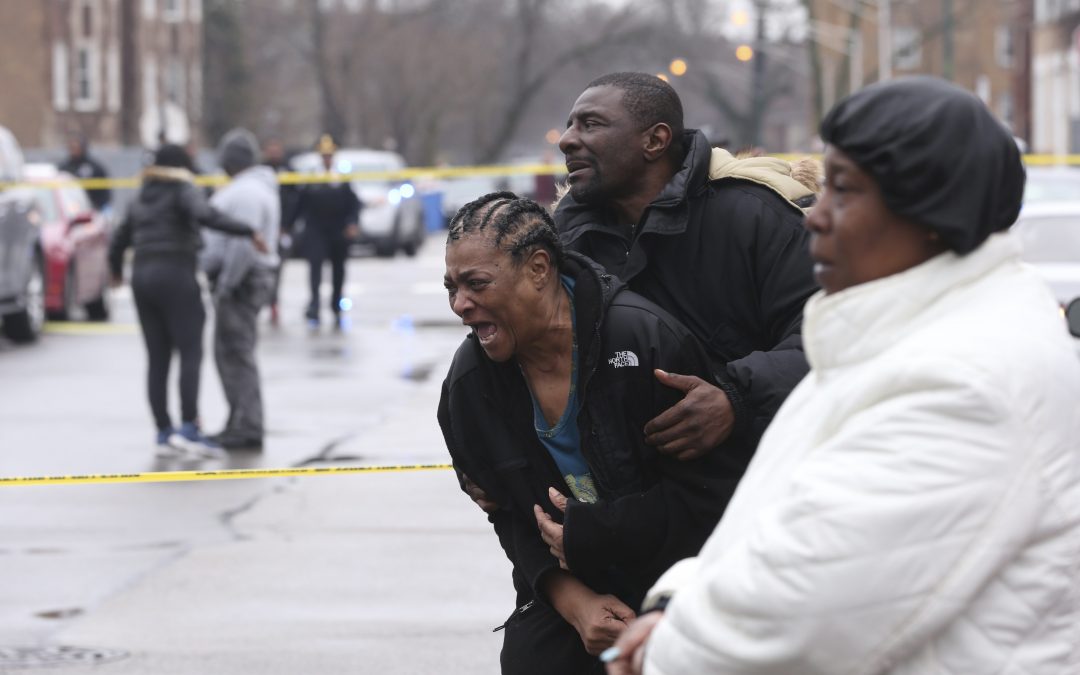 But, if black lives really matter to this organization, they would be going after and protesting the Crips and Bloods and the killers that are running amok in the southside of Chicago which during the most recent riots, managed to set a record for number of homicides in a single day.

I’m aware of the history of United States, regarding slavery, Jim Crowe. I know that the history for black people that have long been in our country, was not favorable.

And while I’ve had, like many others, moments where I felt unfairly treated by the police, I have heard from numerous of my black friends that they felt targeted on numerous more occasions than I have.

I know that must wear on the psyche, I acknowledge that.

So yes, each and everyone of my black friends’ lives matters.

But that doesn’t mean I’m going to shill for an organization that in its current state I disagree with. My issue is not with any single black person out there, my issue is with a movement I see as fascistic in its attempt to install evil Marxist policies in America and around the world.

But first, A little about human psychology, and WHY so many people are repeating the mantra.

When I was in fifth grade, our teacher gave us a piece of paper with a series of instructions written on it. The first was put your pencil on top of the paper, sit quietly, and await further instructions.

Each subsequent instruction gave students menial tasks such as putting two circles in the top right corner of the page, three triangles in the center, squares at the bottom, until every students paper resembled van Goghs starry night.

At first they were hold outs, but as more people saw others completing the series of tasks, they followed suit. Out of the 25 of us, only two of us, me being one, stayed resolute with what we thought was correct.

We follow the lead of others. Biologically, there is safety in numbers. The madness of crowds has been demonstrated time and time again in human history.

Once again, I see that madness rising, and I’m telling you not to put that black box on your social media page like lemmings following the hard over the cliff.

At least investigate, and know what you’re doing before you follow suit.

Here is why I do not support the organization, black lives matter.

There is nothing more certain in my mind that parents care more deeply for the welfare of the child than any community possibly could? This fact is biological, it’s evolutionary. I know that BLM got leading science journals and Cal Tech, amongst others, to shut down Stem, so they really aren’t into science.

At Evergreen College, Brett Weinstein reported that one of his students was called a race traitor for studying evolutionary biology, a hard science.

Why not advocate against gravity, and for flight with a pair of self-made wings as long as you’re going to be that delusional.

That doesn’t mean that you can’t have community members helping to raise the child, but the idea of disrupting the nuclear family, is abhorrent, evil, and downright stupid.

Sadly, since the 1960s, the rate of single parents amongst blacks has risen from 20% to over 70%, with absolutely horrifying results for the community.

Do you want to try to DISRUPT up my family, my neighbor’s family, with an idea that has proven to be unviable in today’s world, no thank you. I cannot support you right there.

Meanwhile, if you look throughout their literature, they use the Marxist term “Comrade” often. The founders are OPENLY,. by their own admission, Communist.
I’ve lived in a former eastern bloc country, and I’ve heard the stories from people who were forced to live Communism. The stories are horrific. If you want to hear the worst of the worst, read the Gulag Archipelago, see the nightmarish, evil “utopia” Communism created. Or go to Cambodia, where you can see piles and piles of schools, and pick up bone fragments directly from the ground of the killing fields.

In order to create the Utopia, the excuse is always been, you have to break a few eggs.
I have never seen the subsequent omelette?

The group cites the death of Michael Brown as their catalyst. Without going into details of the case, the premise of this being a bad shoot is false, as proven not only in front of a grand jury, but also by president Obama’s Justice Department. A movement that is founded on shaky is ground and logic deserves extra scrutiny.

But, if black lives really matter to this organization, they would be going after and protesting the Crips and Bloods and the killers that are running amok in the southside of Chicago which during the most recent riots, managed to set a record for number of homicides in a single day. Are congratulations in order? 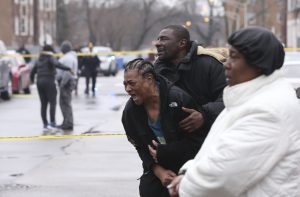 What happened to George Floyd, that was horrific, and you won’t find anybody to say otherwise. That cop was at minimum guilty of brutality, very likely murder, and honestly I cried when I saw it, it was that horrific.

but how do you know it was Racial? Maybe the cop was just an asshole. Some policeman are, I’ve had run-ins with the cops where that were frankly jerks.

You do realize that Harvard economists Ronald Fryer, who is Black by the way, completed a study where he entered in with the presupposition that blacks would get unequal treatment by the law.
What he found was that black suspects are around 25 percent less likely to be shot than white suspects are. And in the most egregious situations, where officers were not attacked first, but nevertheless fired their guns at a suspect, they were more likely to do this when the suspect was white.

More whites are killed by cops each year, both in absolute numbers and in proportion to their contributions to crime and violence in our society. That is the fact that Fryer came up with.

In addition to wanting to obliterate the police, which would most negatively affect the poor neighborhoods of America, much as took place recently when the police stood down, and murders, looting, and rioting damaged very businesses that provided jobs and meaning and economic prosperity to their neighborhoods. Not to mention, many of these businesses were black owned.

Another argument that I have with BLM is the fact that they want reparations not only for descendants of slaves, but for all black people who immigrated here from Africa just due to their skin color.

I won’t agree to reparations to begin with, I had absolutely no relatives here in 1865, do you want to rob me of my money when I had nothing to do with it, in the form of collective guilt?

But now you want those to go to people who came here from Nigeria last week??

So if any of my black friends asked me if their life matters, I say of course. Do black lives matter? Duh. Life is sacred, and the fact they we are alive in human form is a miracle,

And I’ll support your right to equal treatment under the law. I’ll support reforms for the police that will make our system better for all.

But if you want to try to coerce me under threat of cancellation to affirm I stand behind what I believe to be a black supremacist organization, who if they really cared about black life, would be concentrating their efforts to defuse the violence which plagues our inner cities, which is making a gigantic money grab that sadly they’ve been incredibly successful in post George Floyd, who wants to obliterate the nuclear family, and throw children to the mercy of a community who doesn’t have the same skin in the game as a biological parent in some mythical leftist communist utopia, allowing my kids to easily be brainwashed, by putting a black square on my social media page?

Put your pencil down, and consider what you’re doing before you follow the other lemmings over the cliff. 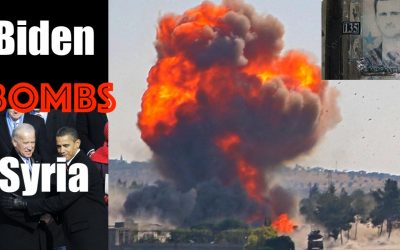 The military industrial complex has to be feeling really good right now about the added demand for munitions as Joe Biden bombs Syria.

As the left continues its assault on free speech and conservatives, they are canceling And using any excuse they can to undermine the reach of heterodox and conservative voices. 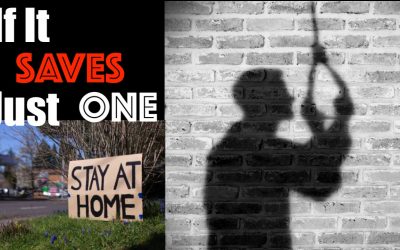 Sick of Lockdowns + Stolen Liberty?? BUT If Doing so Saves Just ONE Life …

Two weeks to flatten the curve has turned into a year-long Covid lockdown in some jurisdictions. 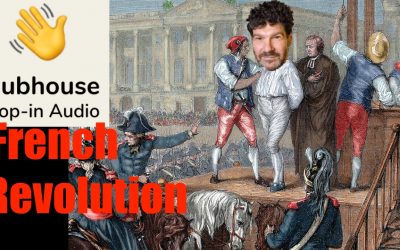 akin to the French Revolution in its speed where they instantly, the moment they gained power, decapitated any dissenters

The military industrial complex has to be feeling really good right now about the added demand for munitions as Joe Biden bombs Syria.

As the left continues its assault on free speech and conservatives, they are canceling And using any excuse they can to undermine the reach of heterodox and conservative voices.

Sick of Lockdowns + Stolen Liberty?? BUT If Doing so Saves Just ONE Life …

Two weeks to flatten the curve has turned into a year-long Covid lockdown in some jurisdictions.

akin to the French Revolution in its speed where they instantly, the moment they gained power, decapitated any dissenters
Recharge Freedom