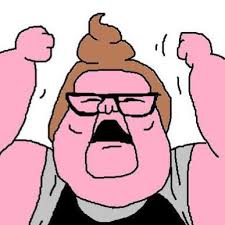 Sure, the left can yell out “Learn to code” derisively to coal miners who lose their jobs, but say the same thing to a journalist fired from Vox on Twitter, and get kicked off the platform for “hate speech.”

Video: 9 Ways to Trigger SJW’s- A How to Manual on Owning Leftists; Satirizing + Skewering SJW Logic (12 min with a very funny end)

I think outrage is often a signal that it is not a truly serious issue. Genuinely serious concerns, hurricanes or terrorist attacks tend to provoke a sober response. Outrage indicates the speaker needs to sell their position on something other than its merits.

Anything but utter disrespect and hatred given to The Donald automatically makes you a certified “Nazi,” so anything that can be construed as Pro-Trump is grounds for unleashing a barrage of expletives at you, for cancelling you, or using violence against you, which of course they are entitled to because you are an irredeemable enemy, a murderer.
I have a friend whose sister works in education who believes that if she dared to breathe that she was planning on voting for Donald Trump, they’d find a reason to fire her. I guuuaaaarrraaannteeeee, she isn’t alone in that fear.

Leftists are the biggest supporters of free speech ever, so long as you support their exact narrative.
Don’t toe the company line, say something they disagree with, or the lowest common denominator finds offensive, and again, get cancelled.
Sure, the left can yell out “Learn to code” derisively to coal miners who lose their jobs, but say the same thing to a journalist fired from Vox on Twitter, and get kicked off the platform for “hate speech.”
And Lord knows, hate speech is not “free speech.” Professors in the California University system, who are very learned, (Simpson’s clip) and they know the definitions of words, and a progressive teacher at Cal State LA, has laid bare the fact that some speech is actual VIOLENCE.

And of course, since you are committing violence upon them, that gives them the right to physically attack you. Complain about the violence and they’ll defend their actions claiming “you’re a Nazi.”
The fact that words are “violence” gives them the inherent right to defend themselves and that means attacking you physically.

So if you stand up for free speech, that means you stand for hate speech, which is a form of violence, which means you can darn well expect to be attacked. Put your hands down, you deserve it.

2. State that America is not as racist as it used to be.

This makes you the worst kind of racist, covering for the fact that all white people are the KKK.

In fairness, not all whites in the progressive mindsets are horrible people.

If you have climbed Mount Pious, and kissed Jesse Jackson’s derrier, wear a Black Lives Matter T-Shirt and donate 20% of your pre-tax income to the group, and when around people of color grovel about your “white guilt” and bemoan your “privilege,” you might not be a racist.

The good news about being “racist” today is the word has been completely diluted of all meaning. Whereas in the past when people called me “racist,” for example for stating that two parent families yield superior results than single parent families, nowadays I know I’m part of the 99%, and ya know, safety in numbers. So that’s the good news.

3. Explain that Communism never worked, and will never work.

Stating this makes you a bootlicking useful idiot. It just hasn’t been implemented correctly in the present day time, please ignore Venezuela who went broke long before oil went out of style, and that China embraced the free market which is the only thing that moved them out of massive and crippling poverty.
Sure the US is the most successful country on the face of the earth, and the Soviet Union fell apart, but only 100 million dead in the wake of Communism and the massive misery it created for those who lived through it, YOU sir are the idiot for not wanting to drink societal poison again, and we’ll send you off to the Gulags if you disagree.

That’s a big NO-NO and you should know better. You know, the country that liberated the world in World War II. That defeated Communism thus freeing millions from misery and enslavement.

I once stated that America is the land of freedom and opportunity which just was an example of my “White Privelege.”

5. Make the claim that “all lives are matter.”

Believe me, say this around the wrong group, and suddenly your life won’t matter.

It of course means you’re an uncaring POS, and a racist. But again, what isn’t racist?

6. Describe Islam as having bad ideas.

How dare you criticize the religion of peace. How dare you suggest that there might be some bad ideas embedded in the doctrines of Islam.

Donald Trump is a mysognist who wants to remove the rights of all women, but Islamic scholars who want their women to eat spaghetti in this manner are the true progressives.

I was on the beach in Aqaba, Jordan, in 110 degree weather and high humidity and saw women huddled together wearing black burqas. When we asked “Why?” they responded essentially, we don’t have a choice.

But seriously, SJW’s, you have an ally with the Muslim Brotherhood, so I fully understand why you protect Islam in such a violent manner.
Remember, Islam is a set of beliefs, not a race. I do understand that under the by-laws of the religion of woke, criticizing brown people in any perceived way is an offense punishable offense.
The cartoonists after all at Charlie Hebdo had it coming to them for daring to poke fun of Islam. Cartoonists deaths were “justified.”

7. Say that you feel bad for Transgender people, and that you hope they get the help they need.

Look, like is hard, and it is even harder when you feel that you don’t belong or you’re confused. I genuinely feel that people for people who are so un comfortable in their skin that they feel they need to switch sexes in order to feel better.

No, they aren’t. They are the most noble amongst us. They have it all together. They are worth way more than you, and you’re hateful. And you probably don’t even know how many genders there are, and you never will because it changes every second, so you’re an ignorant dumb ass.

Oh and call someone you don’t even know “identifies” as a girl a dude, as rapper Zubi did on Twitter, and get your account suspended. Thats the kind of tolerant society we crave.