Opposite of TDS is (OMG) Orange Man God; Why Trump Supporters Refuse to Listen to Criticism of Him 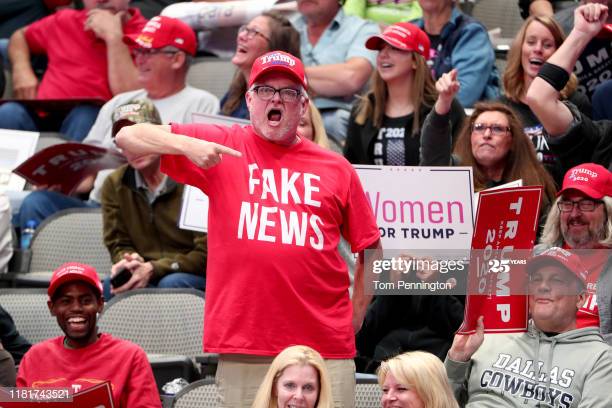 And when you liars and peddlers of falsehoods and slanted hateful bias examine the reality, hopefully you’ll become aware that you’re mostly responsible for the polarization of America

Video: the opposite of Trump Derangement Syndrome and why it exists

Does TDS have an Opposite? WHY?

Trump Derangement syndrome- Everyone knows multiple people who recoil at the mere mention of his name. A trigger of the highest order. Some refuse to engage with anyone who speaks so much as neutrally of him. Those affected with TDS are insufferable in their criticisms, cannot give the man credit for a single positive thing, and are undoubtably spill venom nightly on their dinner tables. I wouldn’t know for sure, as I’m never invited. At least I didn’t have to taste their hemlock tea.
The question that I pose today, is there an opposite of TDS? If so, what is it, and why has it it manifested? I have what I believe to be a fairly solid answer in response to the question being raised from several minds on the left whose intelligence I greatly respect- Bret Weinstein and Sam Harris, even if the latter suffers from a pretty severe case of TDS himself.
If you question my logic, after you watch the whole video, I really want to hear from you, so make sure to leave comment with your thoughts.

Until recently, I was a Democrat.
I assure you, my #WalkAway moment  (link goes to my #WalkAway video) was not out of love for Trump personally, it was to seeing the leftists gaining more influence and spreading hateful, racially based politics to the point that they vilify Martin Luther King, and demanding that we take a sledgehammer to the First Amendment.
I have lost what I thought were solid friends in moving away. Cancel culture is unable to speak to someone or entertain the idea of different paradigms of the world.

And the more that people that denigrate me, the more unwilling they are to talk to me, the harder I have to fight my urge to dig in.
That said, let’s examine some of Trump’s base and how easy it would be to ply them away to the Democratic camp.

Layer One- Trump is their Savior.

There is no doubt that Trump has a base of rabid, enthusiastic supporters, generally people who credit him with helping keep their jobs versus seeing them exported overseas. To them he can do no wrong, he is their savior- OMG I call it, an acronym for Orange Man God.
OMG is the opposite of TDS. We’ll get into its spread and prevalence through Trumpland momentarily.

Layer Two- People who have Always Been Conservatives

It probably won’t be easy to convince them, but it’s possible. Some of them definitely voted for Obama for whatever reason. Of course, you’ve created OMG syndrome within them as well, making it almost impossible today to convince them to vote any other way.

Layer Three— Those Seeking Refuge from the Hateful Left

I’m talking about being openly racist against white people, simultaneously stating that such a thing is not possible, meanwhile using “racist” as their default debate Trump card.
Mocking Christian beliefs while promoting Islam as the most tolerant of the world’s religions, somehow turning a blind eye to its treatment of gays and women. In fairness, gays who don’t like the fact that they are executed in some Islamic countries like Iran for their sexual proclivities; always just leave the religion.
Stating that speech is violence, and trying to burn the first amendment to a crisp.
Pushing for socialism which has proven disastrous where ever it has been tried, and antithetical to what most people consider American values.
Locking people in their homes for months at a time; while releasing hardened felons from jail so they don’t catch Corona; while imprisoning a hair salon owner for opening and wanting her and her fellow stylists to be able to put food on the table.
What type of 1984 like state do we want to live where people are rewarded financially for tattling on their neighbors for not socially distancing as proposed by some heavy-handed Democratic mayors.

Count me amongst this rapidly growing group.

This is the reason I virtually guarantee Trump will win in a landslide and the Republicans will retake the house. You won’t believe how many people have switched allegiances. I’m not saying there aren’t people who have left the Republican Party, but the exodus from blue to red is so strong, I don’t believe even Moses could part the Red Sea today.
But then I listen to Sam Harris, who I consider a brilliant mind and a wordsmith of the highest order, who doesn’t understand why Trump supporters won’t listen to the evidence against of him being a bad President, a pathological liar, the worst kind of statesman who costs the United States standing in the world community.
Why won’t the people of “Trumpistan,” a derisive term he uses, listen to “reason and truth” and back away from the massive short-fused bomb a second Trump Presidency will be?

The “Truth”
I’m going go and ahead and presuppose every single point Sam will bring up is accurate.
I’m not saying it is, but make that assumption, and all he just has to get us those in Trumpistan to switch the allegiances is to swallow the pill of “truth.”
Here is why that will be absolutely ineffective: whatever ingredients are in your pill Sam, will not be absorbed.
You mention George W Bush’s comment asking for Americans to unify Trump’s mocking response to him.  I totally disapprove of Donald’s attitude here. It was was unhelpful, unpresidential, and polarizing. In no way can I remotely defend it. And here is you’d need a million of those to make a difference …

The media
Which has so vastly overplayed its hand in an effort to gain short term revenues and clicks with sensationalistic reporting, also known as lies regarding Donald Trump- that what you call truth is seen as yet another call of “wolf.” WOLF WOLF WOLF
The continued attempts to take him down, the false framings, the misquotes, the absolute lies and smear attempts.
The problem is the media tried to spread “truth” about Trump time and time again. Lie after lie after lie.

Because the media has been peddling primarily lies. Time and time again, CNN, The Washington Post, the main stream media, the Democratic Congress has shoved down the serum of “truth” down Trumpists throats, and generally it turned out to anything from totally biased reporting to a vile lie.
At first we want to be fair, we want to listen. There is no Orange Man God syndrome yet in the mind, in the system.
The Democrats aided by every single main stream media outlet not named Fox News tells the American Public that Trump colluded with the Russians.
Adam Schiff says he has verifiable proof of collusion. 100%. But somehow he never brought it out of his back-pocket.
For years we endure this supposed Russia scandal prime time on every media outlet.
Thanks for wasting our time. Thanks for panicking us. Thanks for lying to us.  OMG

Washington Post describes death of Abu Al Baghdadi, the leader of ISIS, a mass murdering organization who wants to enslave the world in their dark vision, who is responsible for the deaths of tens of thousands of people, as an “obscure religious scholar.” OMG

Tell us that Brett Kavanaugh is a rapist while propping up stories that were later recanted, and putting on the stand a woman that had no corroboration 30+ years after the fact and was caught lying about other things, but try to say that Biden, with at least some echoes of evidence, no, need to investigate that New York Times. Right? Like you did the countless stories you ran against Kavanaugh? OMG

After Donald Trump’s state of the union, the Washington Post’s headline was  “A Discordant Appeal For Unity.” Is that news, or opinion? You want me to swallow that?  OMG

Donald Trump institutes a travel ban for China, the Democrats call it xenophobic, unnecessary, and immediately try to overturn it via legislation. Then when it turns out Trump was right, he didn’t go far enough.  OMG

Excoriate Trump for making a bad locker room joke that could likely get away with grabbing women by the pussy, but ignore the actual pussy grabber. OMG

The list goes on and on. It’s sickening. If there is such a thing as truth, and you try to give us that truth pill Sam, we’ll listen, but as it looks similar to the bullshit narrative the media tries to infect us with, the body’s defense systems we have developed resistance to the form it comes in. It’s treated as an invading virus of foul play, because that’s what the media has thrown at us.  We’ve become inoculated.
That’s Orange Man God syndrome, the opposite of TDS.

Barring some major development, there’s almost no way to convince someone those who’ve decided to vote for their Orange Man God.
And when you liars and peddlers of falsehoods and slanted hateful bias examine the reality, hopefully you’ll become aware that you’re mostly responsible for the polarization of America, for the resistance of the entire population against what actually might be truth by shoving Emergency anti-biotiocs down our throat at every opportunity.
or Orange Man God syndrome.
And when you look at yourself in the mirror Chris Cuomo, Don Lemon, Washington Post, and everyone at MSNBC, and the reflection looks back upon you, and you have the dawning realization that you’re responsible for not only the spreading of Orange Man God syndrome, but the downfall of the public’s trust in journalism, here should only one thought which crosses your mind:  OMG. 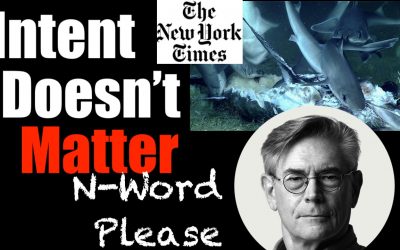 All The Wonders the Progressive Movement has Brought Indian Tribes!!

Anti-racism and wokeness takes a new low, demanding that children "see color" the exact opposite of what Martin Luther King Jr. preached through his life

All The Wonders the Progressive Movement has Brought Indian Tribes!!

Anti-racism and wokeness takes a new low, demanding that children "see color" the exact opposite of what Martin Luther King Jr. preached through his life
Recharge Freedom